What do Cisco, the House of Armani, Salesforce, Facebook, and JP Morgan Chase have in common?All of these businesses cancelled their large onsite events in response to growing global concerns about the novel coronavirus (COVID-19).

Is Your Content Confidential? How to Plan Secure Life Sciences Meetings

Can you believe it? Madonna, Amy Schumer, The Lumineers and even Broadway shows like Lin-Manuel Miranda’s co-created “Freestyle Love Supreme” have made headlines for forcing attendees to hand over their phones when arriving at performances.

Is Your Event Tech Smarter than a Fourth Grader? 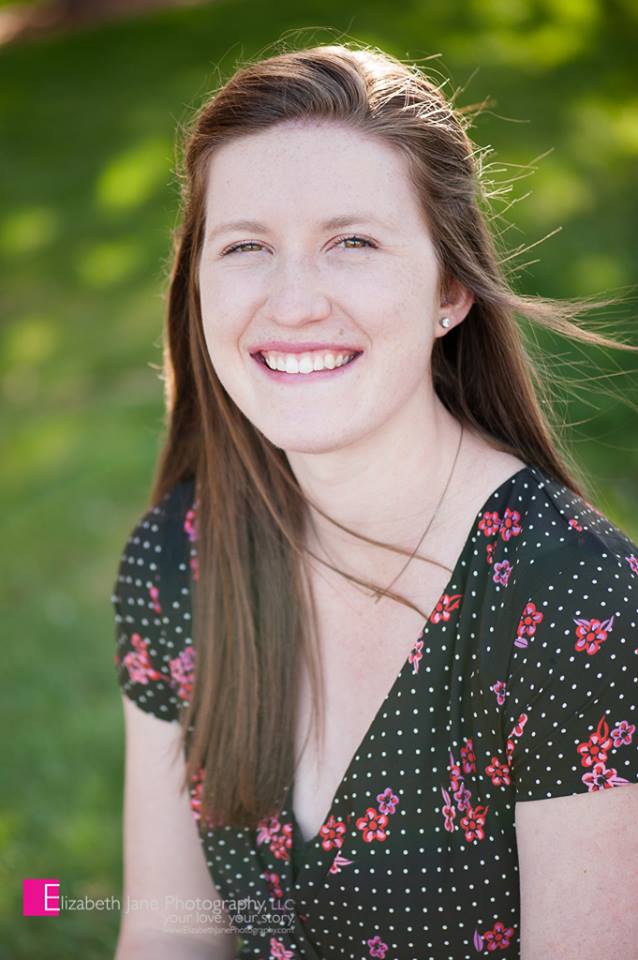 Madison is a first-year teacher currently teaching fourth grade literacy at Southmoor Elementary. She is a big proponent of self-directed and reflective learning, and she tries to encourage this with all of her students. She is involved in the Imaginarium team at Denver Public Schools whose mission is to stimulate and support innovation across Denver public education systems. She instills a lot of voice and choice in her class community, and she encourages students to set goals to drive their own learning.

As a fourth grade teacher, I am increasingly impressed with the things that my scholars find more interesting than me.

Examples include: wooden pencil shards, the omnipresent Pokeman card, and, more recently, a superbly obnoxious fidget spinner. As a first year teacher, I also engage in various forms of “Professional Development” because, God knows, I need it.

I’ve been learning about forging student relationships, enhancing content, and, most recently, about how to inspire active student engagement.

So my question is this: How do we remedy those bitten by the bug of disinterest? I yearned to explore how to make my lessons a more engaging, interactive, and digital experience, and how these discoveries could transfer into the adult world of professional development.

The fine folks at Educational Measures offered to bring in some of their second-screen meeting technology, equipped with Array software, in an experimental effort to observe how ten year-olds would interact with a program often used by adults. We were going to see if adding new technology into my classroom, such as polling questions, open-ended discussion questions, options to rate slides, and annotate slides, would boost the overall engagement among my students.

After shuffling my students to art class, I had the chance to chat with the EM experts. My fourth graders were studying the women’s suffrage movement, immersing themselves into the shoes of Susan B. Anthony and the stubborn social norms of the 1920’s, which was to be the focus of my presentation. I had some pre-test/post-test questions in mind, and I was able to choose where they would be inserted and if a question should be open-ended or multiple choice. The most exciting part was that both students and I would get to visually see the how their responses compared to the rest of the class. The team was extremely knowledgeable and helpful, and the process of creating questions was flexible and simple. They gave me a quick run-through of the presenter tech, including a small remote to change slides and an iPad to see any questions sent to me during the lesson. Before retrieving the kids, I felt confident in my blue dress with my remote in hand.

The students’ faces lit up with giddy and goofy smiles as they admired the sleek iPad now occupying each of their desks. After a short tutorial on how to annotate, rate, and save slides and ask questions, we got started. A natural byproduct of my classroom culture is ample time for discussion, and I was pleasantly surprised with how the Array software supported my kids in this area. 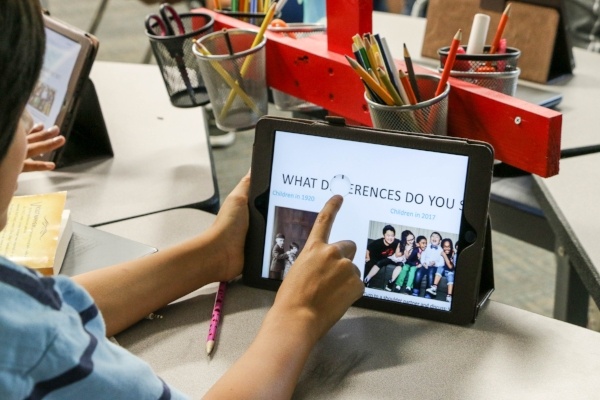 For example, during my morning presentation, there were slides where students compared and contrasted modern pictures with those of 1920. After having the chance to converse, they answered the same question in writing on the next slide. They all were eager to share what they discussed at their table, and allowing them to type out their answers to display to the class definitely boosted their confidence. When the organized list of open-responses (some misspelled, some short, some long) were put on the big screen, squeals of delight rippled through the room as each tried to find their own answer and read those of their classmates. Tinkering with the program and its features was instinctual for these ravenous learners, and they absolutely loved it.

As the presentation continued, I fed off of their energy, and I became more comfortable and confident in navigating the software. I was more aware of the questions to come, and I attempted to frontload as much as possible on the content that would be covered in the following slide. Before discussing boys’ clothing, for instance, students were asked to answer a True/False question: “Boys traditionally wore full-length pants.” The discussion before was fun, but as they learned the answer in the proceeding slide, they were ready to respond again. We were all fascinated to see how everyone’s thinking shifted from pre-test to post-test, and students were motivated to prove they were correct by looking at the colorful bar graph of response percentages. In looking at the post-test results, 100% of students answered correctly. It’s hard to argue with that type of hard learning evidence.

Once I dismissed my morning class to lunch, it was obvious that learning had simultaneously occurred with active engagement. I was anxious to reflect and do it again with my afternoon munchkins now that I had more experience with the magic remote, the pacing of the presentation, and the order of the questions.

I decided to be more intentional about explaining how the use of the before and after questions were valuable tools to measure learning. As my new group of scholars zigzagged to their seats after lunch, radiating the same awe as the previous class, I did it all again. When a pre-test slide appeared, I said, “I don’t expect you to know this now, but I want you to listen. After the next slide, maybe your thinking will shift.” And it usually did. When we went over the correct answer, students were excited to whisper to each other that they were going to get the next question right.

Towards the end of the PowerPoint, we discussed what a hope chest was, and I asked students to make a connection between the use of a hope chest and what it suggested about women of the 1920s. In my morning class, I realized I had not allowed enough discussion on this topic and my explanation was not adequate. They still felt that women were “encouraged to follow their dreams” during this era. For my second group, though, I let the kids dive in as they shared with the whole class how being given a hope chest, for linens and household objects, assumed that a woman’s future depended only on whom she married. When I asked the question: “What does this tell us about how women thought of their future in 1920?” my morning class’s answers did not align with the point I was trying to make, but 88% of my afternoon class did answer correctly. A little reflection, adjustment, and discussion went a long way.

Both presentations captivated the kids, and we only needed to squeeze in one jumping-jack “brain-break.” I watched as question upon question popped up on my iPad screen, I saw kids drawing and taking notes, and their trigger-happy fingers were always leaping to answer the next question. We were able to connect the content to the technology, the technology to the learning, and the learning to our own lives. It was not a traditional monotone presenter-to-audience interaction; it was a learner to learner relationship with second-screen technology as the graceful bridge.

After the presentation ended and our EM guests packed up all of their gear, I asked my students what they enjoyed most about using the technology. One of my fourth graders, Jack, who is a notorious magnet for distraction, said, “What I liked was how we each had our own iPads, I liked how there were many slides and that we got to answer questions instead of answer them on paper. It felt very interactive, it was a lot of fun! Better than pen and paper.” His reflection was not only thoughtful and mature, but also very telling. Kids know when they are truly engaged, and they are not afraid to voice otherwise, but this experience was an authentic one that I know will stick with these kids for years to come. 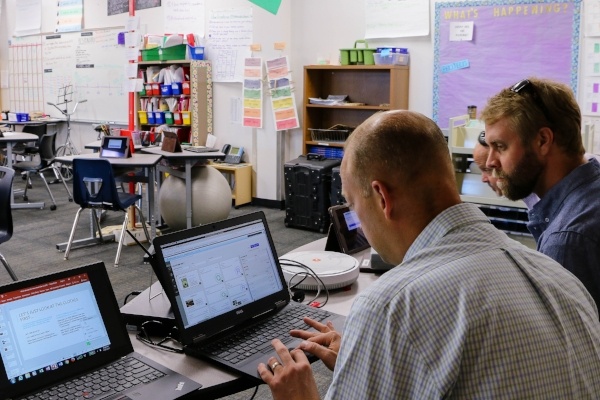 By approaching learning with the honesty and curiosity of a fourth grader, I believe adapting to the constant stream of new technology is not only possible but fun. Engagement stems from allowing learners to actually witness the expanse of their knowledge, like watching a marshmallow balloon in a microwave. Knowing my audience allowed for me to intrinsically motivate scholastic improvement through active experience with industry technology. The best part was that none of it felt like work.

Request your free, no-commitment demo with one of our technology experts to see Array Virtual in action!